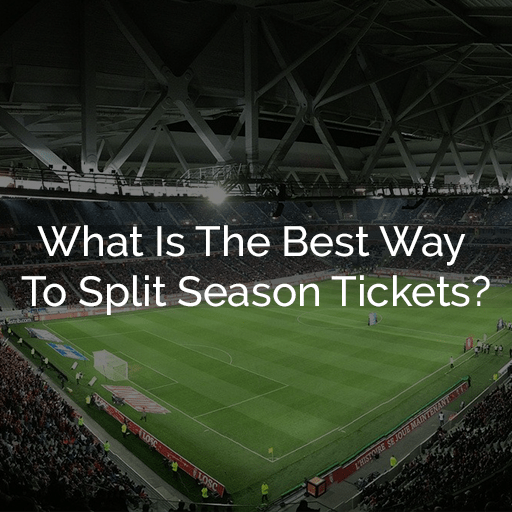 What Is The Best Way To Split Season Tickets?

A question that comes up often around splitting season tickets; how do you split season tickets fairly and equitably? The answer, a “Game Draft” utility.

We have created the first live “Game Draft” software available to the public. The Season Share Game Draft creates a fantasy football style draft room for you and your season ticket share partners to split the games in an even and fair manner. Built just like the fantasy sports products we all love so much, we have created a way for you to take your drafting skills into the world of season tickets.

The Season Share Game Draft is the fairest way to split your season tickets. The draft works just like fantasy sports drafts. Each group member chooses a game in a snake style draft that leaves your season ticket split evenly across the group. Since sports seasons are different lengths, and group sizes may vary, the Season Share system will only charge you based on the number of games you receive in the Game Draft. What this means, is that a member that receives 5 games in the draft, will not pay as much as a group member that receives 6 games. Each game ticket for the season is assigned a value, so although you may be buying into a season ticket, you will only pay for the games you draft.

After the Game Draft, the tickets are made available in your team’s Account Manager account with the ability to forward, transfer and resale games still intact. By joining a season ticket group, you have a direct connection to other fans who are more likely to help out when you can’t make it to a game you drafted. This removes much of the pressure involved with being a solo season ticket holder and helps another fan keep their season tickets.

My entire adult life has been spent working on startups. I am a serial entrepreneur and growth geek. I like many others